I’m still alive. To prove it, I even had a birthday since I blogged last! Woohoo!

Here’s what my “desk” looks like at the moment:

Galleys of One Dance with a Duke (due in early December)
Revisions of Twice Tempted by a Rogue (due…um…soon?)
Still writing Three Nights with a Scoundrel (partial manuscript due to my editor Dec.1st)

And Thanksgiving is when? Ack.

Please bear with me, I’m just drowning in work right now. BUT – I hope I will be forgiven a bit when I tell you those titles above now link to individual book pages! (In)complete with covers, blurbs, pre-order links, and – in the case of One Dance – a teeny teaser excerpt. These pages aren’t looking as spiffy as they eventually will, once I get my fab web designer in on the game, but they’re up!

Happy Holidays. I’m thankful for you all!… Read More » 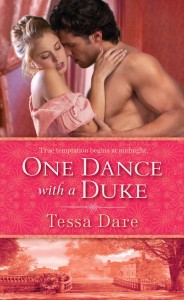 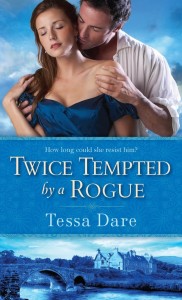 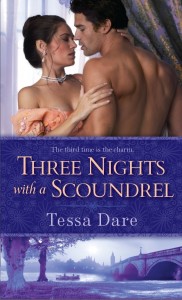 In Regency England, horseracing was known as “The Sport of Kings,” the collective passion of

I’m hard at work on my second book in this new Stud Club trilogy. At the moment, I think we’ve decided to call it TWICE TEMPTED BY A ROGUE. It’s been a mix of rough rough-drafting and research so far. I was joking on Twitter the other day that after four books, I’ve finally broken down and created a research binder, with color-coded tabs and everything. (Note: This is extremely unlike me.) I hadn’t expected to become so enthralled with the research for this book, and I’m a little worried that it’s partly procrastination…but I’ve been collecting and printing out all sorts of images and informational PDFs about the history, geology, climate, wildlife, and legends of Dartmoor. 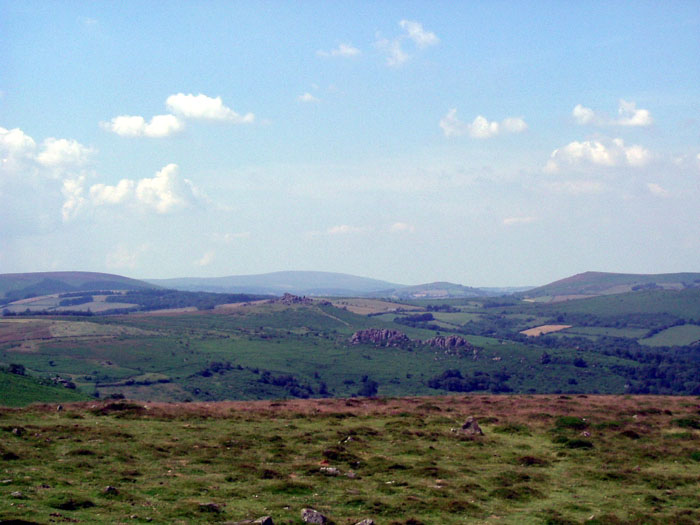 Beautiful, isn’t it?  The area has such fascinating history (going all the way back to pre-history!) and folklore.  In addition to the tors–the craggy granite formations that pepper the area–Dartmoor boasts ancient stone circles and cairns (tombs), the ruins of medieval tinning operations, rivers and waterfalls, bogs and mires, and more.

“Worldbuilding” is a term most commonly associated with paranormals or sci-fi/fantasy.  It refers to the author’s creation of a fictional universe with its own unique rules, creatures, places and people.  In historicals, our “worldbuilding” is usually less about creating our own universe, and more about evoking a real-life historical setting.  However, every book in any genre involves a certain amount of worldbuilding–where do the characters come from, for one?   How do objects, people, fixtures, buildings relate to one another, spatially or otherwise?  … Read More »

(Title is inspired by Alice’s mad tea party in Wonderland)

I had a blast guest-blogging at the pirate ship Revengeyesterday, and I’ll be guest blogging at Risky Regencies tomorrow, so my Tuesday post is going to be brief. Do be sure to come back next Tuesday, May 26th when debut author and FanLit alum Jackie Barbosa drops by to celebrate the release of BEHIND THE RED DOOR! We’ll be chatting about the art of the novella. I think. 🙂

Yesterday I got fabulous news in the form of a letter from my Ballantine editor. She loves the manuscript I turned in for Stud Club book one, and thinks it’s good to go with just a few minor revisions. That’s always a great feeling!

However, the second part of her message was that the title The Desire of a Duke will probably need to change–it’s too similar to some other Ballantine releases coming out next year. Several of you have already been helping me brainstorm alternatives on email, but feel free to sing out here if you’ve got more ideas! (Or simply want to repost some of the late-night gems we were throwing around for laughs.)

It’s crunch time.  My deadline for The Desire of a Duke is Friday, and I’m on track to make it–which feels great.

Last week,  a few friends joined me in twitter-based rehash of my “Save the Kitties” writeathon from last year to motivate me to push through to the end of the draft.  The idea is to challenge yourself to write a certain amount over the course of a few days – if you meet the goal, you get to donate $ to a good cause (like Kitten Rescue, for me).  If you fail, you have to donate that money to a cause with which you, ahem, strenuously disagree (not telling which).  Add in public accountability, and I find this method extremely motivating for short bursts.  I’m proud to say I powered through to finish my manuscript in the wee, wee hours last Wednesday.   Now the book’s been out for some reads with CPs and friends, and the feedback coming back is frighteningly unanimous in pointing out the book’s major issue, so I have a very clear direction for revisions.  All of that is good.  🙂

So once I turn in my book on Friday (and I will!  I will!), I get to reward myself with a weekend CP retreat!  My main goal for the weekend will be to read, relax, and start plotting my next book, tentatively titled The Passion of a Warrior.  (Doesn’t quite have the same ring, does it?  Again, I’m open to suggestions.)

I’ve been busy the past week trying to work on page proofs of SURRENDER OF A SIREN and make significant progress on my draft of THE DESIRE OF A DUKE (Stud Club, book one).

I’m not sure about the title for this book, btw. If anyone has ideas, shout them out. I pretty much started with the fact that there’s a duke and then the essential Tessa Dare title element – the word “of” – and went from there.

Anyhow, I went away (sorta) to a nearby hotel and worked all weekend there, and got about 10,000 words written on the new book. That was good, because it’s due in a month. Now I’m still behind on page proofs, though – need to mail those by….uh, was it Thursday? Tomorrow? Crud.

Okay, you’re getting the idea why I’m late getting this blog up, and it’s a rambling mess.

The happy thing is, sometime in the last week (and I cross fingers, toes, and everything here, not to jinx it), I passed a milestone with the DUKE book. With every book I write, I start out loving each individual character. I mean, I have to love them. I created them, right? That doesn’t mean they’re especially lovable at all times. But somewhere in the writing of the book comes the moment when I really fall in love with the couple–the way they interact, and what they can mean to one another. I get that warm, mushy feeling inside, and I … Read More »

I’ve been sitting on the news for a little bit…but whoops, it hatched! I’ve already had a few friends email me to say my new book deal with Ballantine made Publisher’s Marketplace today. Here are the deets. (Okay, they’re super-vague deets, which may make them something other than deets, but here goes.)

Tessa Dare’s next three historical romances (tentatively titled the Stud Club trilogy), in which a duke, a warrior, and a scoundrel are united by chance, divided by suspicion, and brought to their knees by love, to Kate Collins at Ballantine, for publication in 2010, by Helen Breitwieser at Cornerstone Literary (world).

Suffice it to say, I’m floating on air and feeling very warmly toward my agent, my editor, my CPs, my friends, my family, everyone at Ballantine, strangers passing in the street… I’m in love with love right now, but most especially with Spencer, Amelia, Rhys, Meredith, Julian and Lily…all of whom you will meet in mid-2010!

Holy smokes, I have to get writing.

Talk about it all you want!
ETA: The heroes are all studs of course, but before anyone starts freaking out about anachronistic slang in historicals, the stud in “Stud Club” refers to a horse.

(Side note: Do you know, I get many, many hits a day on this post, from people googling “Brad Pitt Fight Club”? If you want to increase your internet traffic, I highly recommend working those … Read More »