Enter my contest to win a copy of this movie, and other goodies!

The fastest way I can describe the plot of Goddess of the Hunt (the first half of it, anyway) is like so: Think My Best Friend’s Wedding, set in the Regency–except replace witty, charming, gay Rupert Everett with a brooding, intense, most definitely straight earl.

If you’ve never seen this movie (and you should!), Julia Roberts’ character, Julianne, learns that her best friend of several years, Michael (played by Dermott Mulroney) is getting married.  Julianne is the low-maintenance, wisecracking, hang-with-the-guys type, and Michael’s new fiance is a young, gorgeous, nauseatingly perfect blonde (played by Cameron Diaz). And since Julianne’s been in love with Michael since…oh, forever…she decides to break up the wedding and get him back. Hijinks ensue. Oh man, do they ever ensue. To get her man, Julianne is willing to resort to tactics both ruthless and ridiculous, and her reluctant partner-in-crime, George (played by Rupert Everett), becomes more of a hindrance than a help, as he begins to play the voice of reason, insisting that Julianne wake up and realize it’s just not meant to be.

Aside from the setup, the daring heroine, and the elements of screwball comedy, Goddess shares another quality in common with this film: the “Other Woman” you want to hate…but just can’t. In Goddess, heroine Lucy’s rival is Sophia Hathaway–a young, gorgeous, nauseatingly perfect blonde. And despite all Lucy’s best attempts to despise her, she just can’t do … Read More » 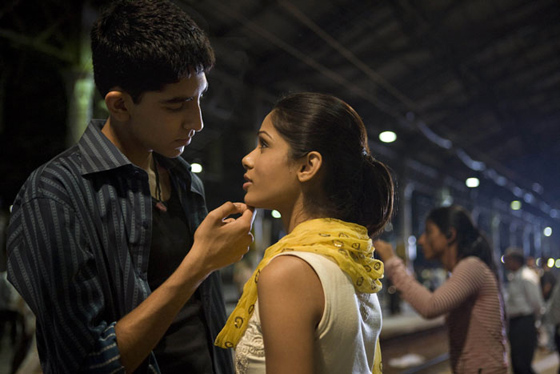 It’s Tuesday, and I try to always blog on Tuesdays.  And usually I blog about something related to writing, because…uh, because I really have no life.  Seriously.  I write, I take care of my kids, I work at the library from time to time, I spend some time with Mr. Dare, and I try to keep the laundry pile from growing large enough to develop sentience.  That’s about it.

But wow – this week, I had a social life!  I went to a movie.  I went to a wine-tasting party on Saturday, and then a Super Bowl party on Sunday.  Whee!!

The movie I saw was Slumdog Millionaire.  And if you only see one movie this year (says the girl who only sees one movie a year), I suggest you make it this one.  Wow.  So gutwrenching and so heartwarming, so awful and wonderful, all at once.  It reminded me of that oft-repeated writing advice:  Make your characters suffer.  (Oops, I’m blogging about writing after all.  Oh, well.)  The protagonist, a Mumbai orphan named Jamal, has to go through so much crap (literally and figuratively) in this movie, by the last half-hour I just wanted to find director Danny Boyle and wring his guts until they felt as knotted as mine did.  But oh, how deeply it made me care.  And ah, how sweet the ending was, after all that pain.  As I left the theater, I felt resolved to put my characters through hell in this next book–and … Read More »