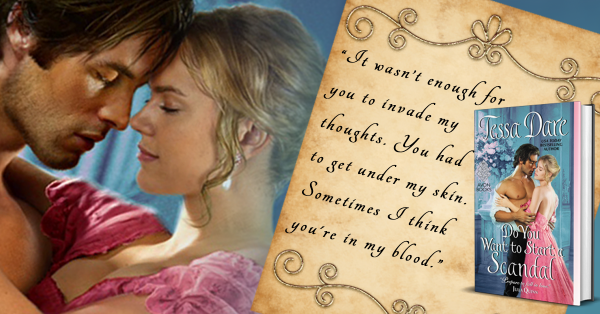 It’s less than two months until the release of Do You Want to Start a Scandal! This is a series crossover book featuring two fan-favorite characters: Charlotte Highwood (Diana and Minerva’s little sister in the Spindle Cove series) and Piers Brandon, the Marquess of Granville (the marquess who was said “no” to in Say Yes to the Marquess). However, don’t worry if you haven’t read all the previous books. You can jump right into this story with no problem.

I’ve just posted a nice long excerpt from Chapter One! Stay tuned – in a few weeks, you’ll have an opportunity to read even more of the book in advance. Details coming on August 15. I’m being mysterious, I know. But then, the book features a lighthearted mystery — a Regency-era game of Clue, if you will. Except it’s not “Who killed whom with the revolver?” It’s more like, “Who did whom in the library?” Read the excerpt, and you’ll see what I mean.

Release date is September 27th. You can find all the preorder links here.

An early look at Do You Want a Scandal »